Dublin: An Afternoon in Howth

There are a myriad of things that endear my native Dublin to me, including that it hugs the coast and that as it’s small nowhere in the city or county is very far distant from the sea. 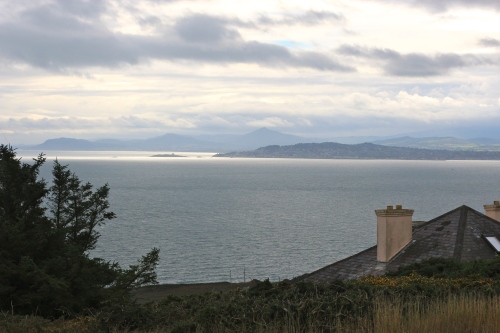 I love the sea it in its many incarnations: from tumultuous, atmospheric, wildness when giant waves somersault against the rocks spouting spray in their wake, to serene scenes when the waves are white lace-edged and lap as softly as gently falling snow against the shoreline. 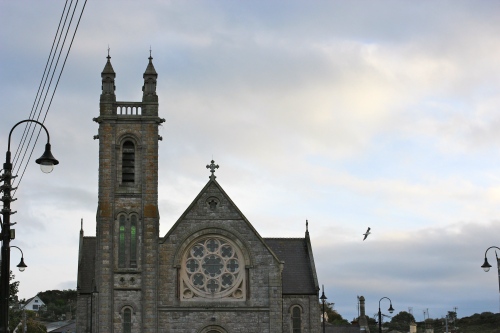 But when it comes to walking by the sea I tend to tread certain familiar routes so I was glad of a nudge, to change my habit-laden ways, from virtual friend and fellow blogger Team Gloria who mentioned she had a yen, because her biological father lived there in the 1950’s, to see some pictures of Howth. So, off I went the Sunday before last to the fishing and yatching village which is at the northern limit of Dublin Bay.

I don’t know Howth well, I doubt that I have visited it more than half a dozen times so its history, geography and topography are a bit of a mystery to me. However it does strike me that it has three distinct parts: the residential hill, the bustling commercial harbour and the thriving village with its winding streets.

I had never walked the cliff path skirting Howth Head before so that seemed like a good thing to do when I arrived. And very rewarding said walk was. The views across the bay are spectacular – despite it being a grey day, I could see the distant misty Wicklow mountains. Other parts of the cliff walk weren’t so picturesque as sections looked like an ideal setting for a post-apocalypse dystopian movie – obviously due to the gorse fires which raged on Howth Head this summer. But there were lots of compensatory mounds of pretty heathers.

Walk over, I headed to the village in search of a late lunch, there are a plethora of restaurants and cafes in Howth and not knowing which might be best I picked the tapas bar at Ivan’s as it looked interesting being set at the back of a shop and adjacent to the main restaurant. It wasn’t absolute culinary magnificence but I had a decent enough tapas-sized plate of fish and chips followed by crème brûlée

After lunch I spent some time exploring the harbour, it’s very much a working harbour evidenced by the large number of seriously kitted out fishing boats moored there. 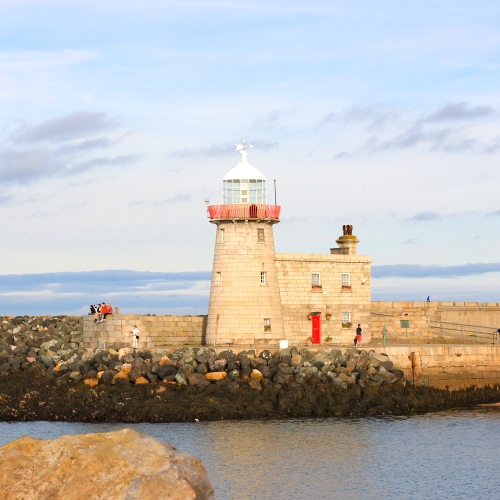 I walked to the end of the pier to get a closer view of the lighthouse. 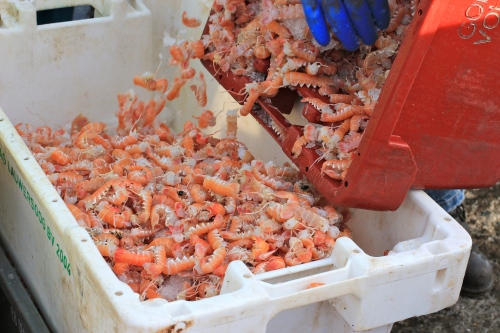 On the way back I saw a trawler unload its catch. 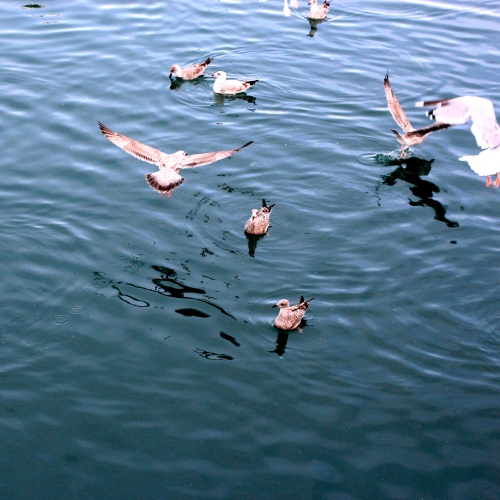 There were birds everywhere …

Apologies for any typos I missed, I am tired and need to get some sleep as I am up at four thirty to catch a flight. On that note I won’t be accessing the blog for the next ten days so if you are kind enough to leave a comment it won’t be approved until I return.

18 responses to “Dublin: An Afternoon in Howth”