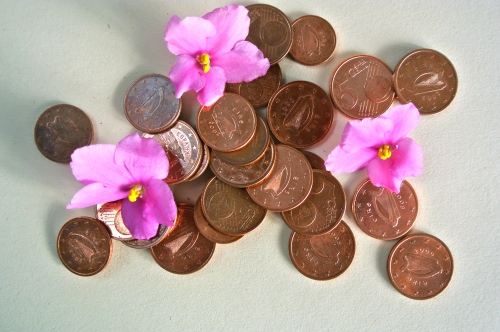 I cannot recall how where or even when I first heard of the notion of paying it forward. But I know it sounds like an eminently sensible and betwitchingly powerful idea. I am not even sure my hazy notion of the principle behind the concept is strictly accurate. I believe the theory is that when someone does something good for you that instead of seeking to repay them in someway you pay their kindness forward by doing something good or kind for someone else. The concept has been very much on my mind this week as I was recently on the receiving end of a random act of kindness.

Here’s what happened. Arriving early for a work appointment I parked my car and strolled to feed the meter; in went a clang of change but no small white rectangle of paper with a reassuring printout of times and zones came out – nothing then to act as a dashboard talisman against inevitable clamping. I mentally wrote off the money and looked around for the another meter but there was none to be seen. I decided that it might be quickest to ring the parking authority and explain my plight rather than scurrying around in different directions looking for an alternative meter to feed. Sadly the contact number, on the meter, for the parking powers that be had been obliterated by graffiti. Arrgh. From being early I was now just on time and in imminent danger of slipping into the late zone. I dialled the local police station to see if they could help but there was nothing they could do as they don’t control parking.

Then as if by magic a local resident, who must have overheard my stressed phone call, came out and handed me one of her visitor’s parking permits. I was SO grateful; she wouldn’t take any payment instead asking me to say a prayer for her. I am not a great prayer and an infrequent visitor to churches but yesterday I stopped by a peaceful pretty church where I lit a candle and said a prayer for my kindly benefactor. It felt good. I have yet to pay her kindness forward but I feel sure that when I do that it will also feel good.

Filed under Musings, The Universe

Tagged as Musings, Paying it Forward, Random Acts of Kindness

9 responses to “Paying it Forward”