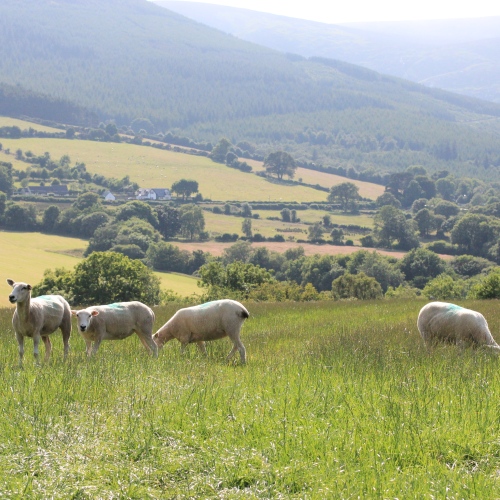 If I were to receive an A plus for anything in life a strong contender would be my sleeping ability: I can usually fall asleep within minutes of my head hitting the pillow and stay asleep for a full eight hours thereafter.

However, recently it seemed as if a tribe of grumpy gremlins shod in hobnailed boots had trampled all over my body clock thus making sleep as elusive as summer rain in a parched desert. Not only was falling asleep not as easy as usual but worse I was wide awake at three or four in the morning and unable to get back to sleep. Now being awake that early was entirely foreign territory and one that I needed to navigate my way out off pronto.

In the past if I ever had difficulty sleeping a couple of minutes of deep breathing usually did the trick and transported me to the land of nod. But not this time. Now I admit that my quest to return to restful slumber was not helped by the fact that after half and hour or so of tossing and turning I invariably went to fetch my MacBook to fill in the hours betwixt night, dawn and full daylight. So not a good idea.

I wasn’t sure what to do so I googled cures for insomnia – the results included much that I heard of before such as: soaking in a warm bath, sipping hot milky drinks, drinking camomile tea, taking some light exercise in the evening, avoiding caffeine laced drinks eight hours before bedtime … The more unusual included lying on a bed of nails!

Er, absolutely no thanks to the bed of nails thingy but I spotted a recommendation for toe curling (which involves curling your toes away from your away from you and then releasing them) so I decided to give it a go. I realized as soon as I did that it is a variation on tensing your muscles and then letting them soften to induce relaxation. I tried it on Friday night and I actually got to sleep easily and when I woke up at an ungodly hour I got back to sleep again fairly quickly after some further toe curling. And I slept well last night.

I am so pleased to have had two decent nights’ sleep in a row for the first time in a couple of weeks. I will never know if the toe-curling was the main reason my insomnia disappeared but I would certainly try it again if the sleep-wrecking gremlins ever revisit.

I hope you had a good weekend.