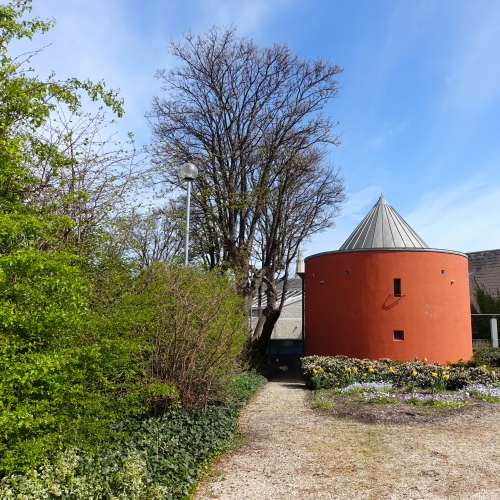 This year as part of its excellent Spring into Heritage programme Dun Laoghaire Rathdown Council has once again opened to the public, on certain days, some of the historic buildings they own/manage. By a country mile the smallest of these, at 6M by 3.6M approximately, is The Oratory on Dun Laoghaire’s Convent Road. 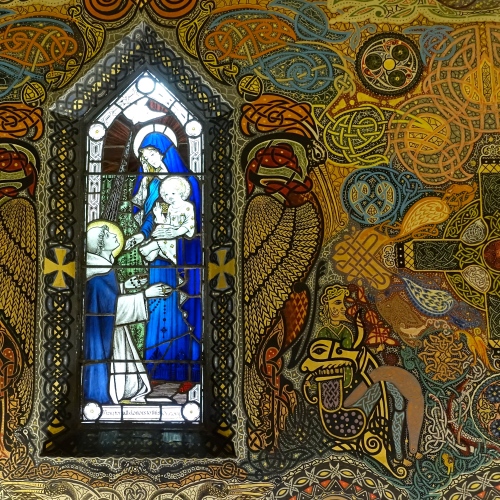 I doubt that it’s possible for anyone, no matter what their artistic preference, to enter the teeny-tiny oratory space which is decorated in the Celtic revival style, without uttering an involuntary: ‘wow’. There are murals depicting fabulous animals, crosses and other symbols all interlaced with a riot of pattern on the walls and ceiling. And there are some lovely and brilliantly coloured stained glass windows by the Harry Clarke studio. 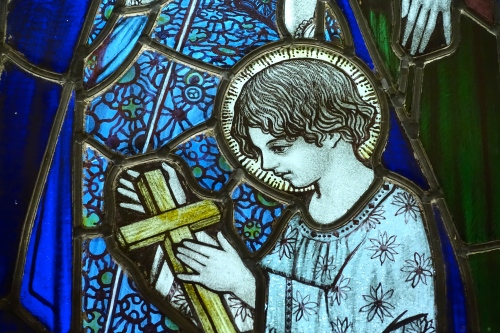 The back story of The Oratory’s decoration is fascinating. A tale of how one woman, Sr.Concepta Lynch a Dominican nun, devoted, with the blessing of her Reverend Mother, every waking spare minute of her life, over a period of sixteen years, to decorating every centimetre of the Lilliputian oratory. 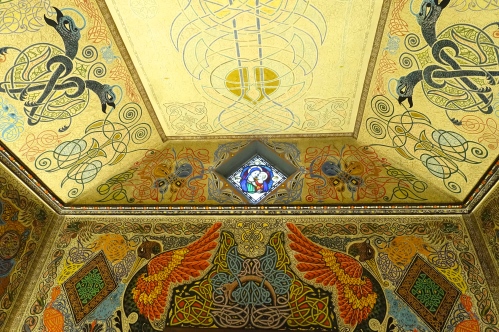 The Oratory was build in the grounds of the then Dominican convent in 1919 to give thanks for peace and as a memorial to those who died in World War 1. Many locals signed up to fight and never returned: among the local dead were every single pupil from one class in a nearby boys’school. Sad beyond sad. 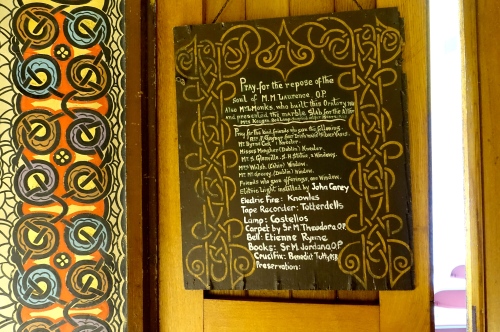 The Oratory building isn’t in any way fancy and its interior was once described as being: in the west-of-Ireland-cowshed style. However Sister Concepta transformed that interior using nothing more than ordinary brushes and household paint. And, of course, a sure artistic eye, endless amounts of patience, and unerring precision. 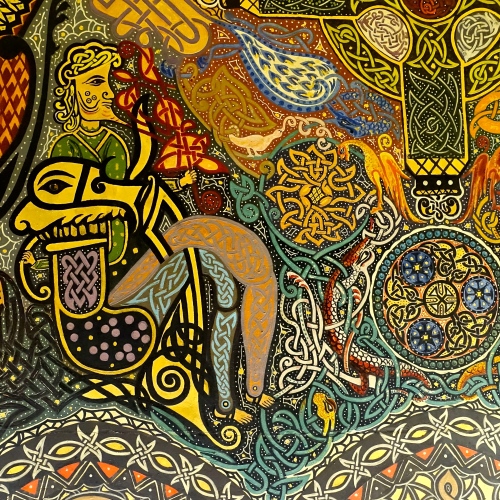 Sister Concepta was born in 1874 and christened Lily Lynch. Her early life was marked by loss and sadness as her mother died when she was only ten years old and her father when she was just sixteen. 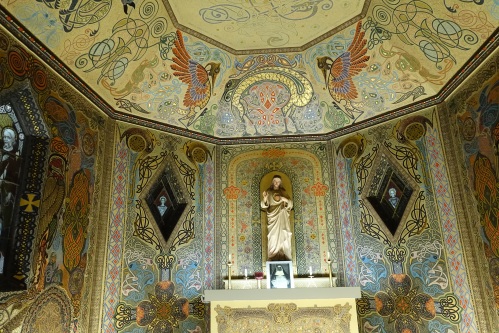 Her father had a business that specialised in illuminated manuscripts and it was there that Sister Concepta honed her artistic skills. Indeed she took over and ran the business when he died only selling it when a fire destroyed the studio. She entered the convent in 1898 and lived there, and thought art to the pupils, until her death in 1939. 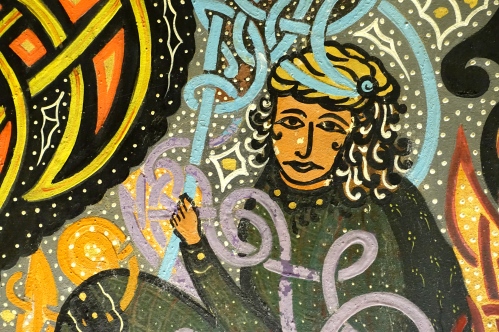 When the Dominican Convent was sold in the 1990’s it was razed to make way for a new shopping centre, and another piece of Dublin’s Georgian architecture bit the dust. The Oratory nearly became rubble too but thanks to a tenacious fight by a group, including our current president Michael D Higgins, who appreciated its artistic merit, the Oratory was saved for posterity.

It was subsequently restored with the help of EU funding and a new building designed by the OPW now encases and protects it. It is a gem of a place that is so worth a visit.

The Oratory is open on Wednesdays and Saturdays, until the 29th May, from 11am to 3pm. There are four tours a day on the hour (max 15 people).