It’s a week since the bells pealed to ring out the old year and in the new one; we are now a few paces over the border and in the foothills of 2013. And so we have started another annual three hundred and sixty-five day march up hill and down dale as we seesaw across the scattered peaks and troughs that will surely litter the landscape of our lives this coming year.

I didn’t do a review of my 2012 on JAA as I have no wish to bore you all utterly senseless. However I will just say that if I were to make a top of the pops style list of things I am so very glad I did last year, attending a beginners digital photography course would be a hot contender for the top spot. I know that pre the photography course if I was faced with the prospect of trying to shoot a nighttime image I would have been as confused as a demented dinosaur as I puzzled how to go about it. So I was very pleased that I managed to take the photo that you see at the top of this post at a night shoot that was part of the beginners course. It’s far from perfect but it’s still my favourite image from the thousands I took in 2012. Admittedly I might find it tad difficult to replicate the shot without the help and guidance that was available on the night from our excellent tutor Aoife Giles. Still maybe with a little practise and some light revision I could try. 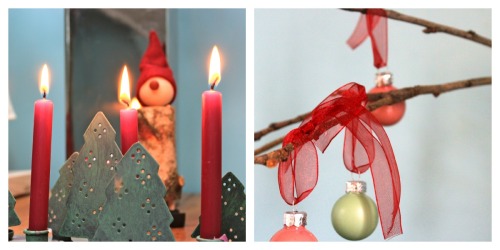 I took down my Christmas decorations on Sunday and in a strange way taking them down is almost more of a signal, for me, of the transition of one year into the next than all the New Year’s Eve hupla. I know it is considered unlucky to leave the decorations up after the 6th of January but I had no idea why until I took a quick look on the internet. Apparently in days of yore people believed that tree-spirts lived in the greenery brought indoors to decorate the house. And whereas it was ok for the tree-spirts to live temporarily indoors during the dark cold Christmas days that they had to be released to the wild, once that period was over, lest the spring growth spurt fail in their absence and to avoid them causing havoc in the house.

I am aware that the blog deals in the main with the lighter side of life but I am also aware as I cast my mind’s eye back over the year just passed that in that year as in all earlier ones since the dawn of time that there are many individuals and communities whose way of life has been shattered by tragedy. Time, for me, at this changeover of the years to reflect and to count my blessing and to express gratitude for a healthy life and for safe passage through yet another twelve-month.