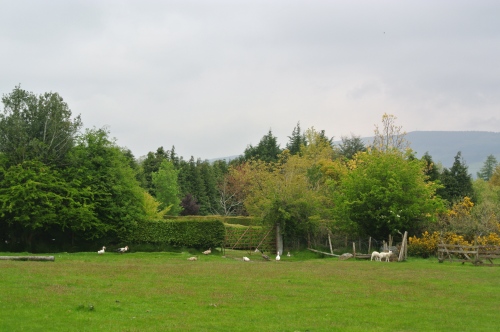 I recently picked up a leaflet about Greenan Farm and its museums and mazes in a coffee shop. As I was idly flicking through it I had a light-bulb moment and suddenly thought it is exactly the sort of place that I would like to visit. And so it was that I found myself travelling the highways and byways to get there yesterday. Well actually I am exaggerating a tad because Greenan farm, in the beautiful Glenmalure valley, is actually very accessible being a mere hour’s drive from Dublin. 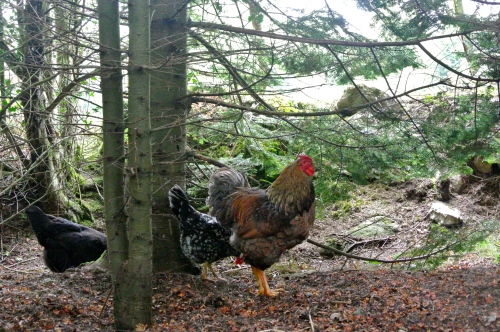 Father and son team Jonathan and Will Wheeler run Greenan, which is a working farm, in a sustainable fashion. There is much to see on the farm, as well as the animals there are: two different types of mazes, one is a traditional seven-foot high maze in a Celtic design and the other a contemplative Solstice maze; a verdant nature trail which meanders by a babbling brook and leads to a series of deep dragonfly ponds; two museums one in a barn is filled with old farm equipment and traditional craft tools and the other in a restored farmhouse is furnished as it would have been in olden times with part of the upper floor used to display an extensive vintage bottle collection. There is also a craft shop, a tea room housed in a traditional Irish cottage, and should you want to bring your own food there are some picnic tables to eat at.

I tackled both mazes and was a little panic struck (but in a good and challenging way) in the traditional one as I seemed to wander endlessly and aimlessly before I came to the centre. The solstice maze is easier to walk around as you can see the dead ends and this meant I was able to do as the sign at the entrance advised and contemplate as I circled it. It was peaceful experience. 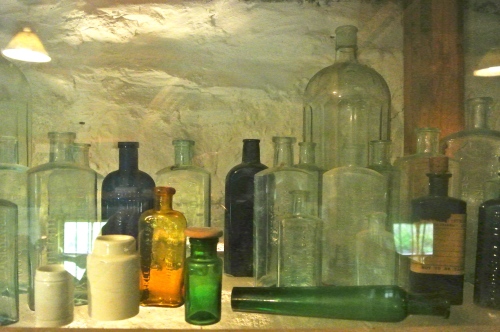 Will collected, during his childhood and teenage years, all the bottles in the Farmhouse Museum. Bottle hunting was his hobby; he discovered most of them locally. His childhood predated landfill and recycling and every rural household had its own dug out dump where bottles as well other items were discarded.

I had a pot of tea and a slice of moist apple and raspberry sponge in the tea room. As I said earlier I was very struck by the charming illustrated recipes hanging on the tea room wall. I thought that they would make a lovely recipe book so I shouldn’t have been surprised when I asked Will who the artist was that he said they were the work of his New York based sister Anna who is now food editor of the Martha Stewart magazine.

Note; further details and opening times can be found at http://www.greenmaze.com