I wager that even the fashion forward among you don’t know that Hermès do coffee. Well, er, they don’t actually produce coffee. They do however have a café in their bright airy new Parisian Left Bank shop, on the Rue de Sèvres.

The new shop is in what was the swimming pool of the next-door Hotel Lutetia.  There is a flower shop at the entrance and unsurprisingly when Hermès ‘do flowers’ they are the best.  The building itself is the French equivalent of a protected structure and the refurbishment as you might expect is tiptop. 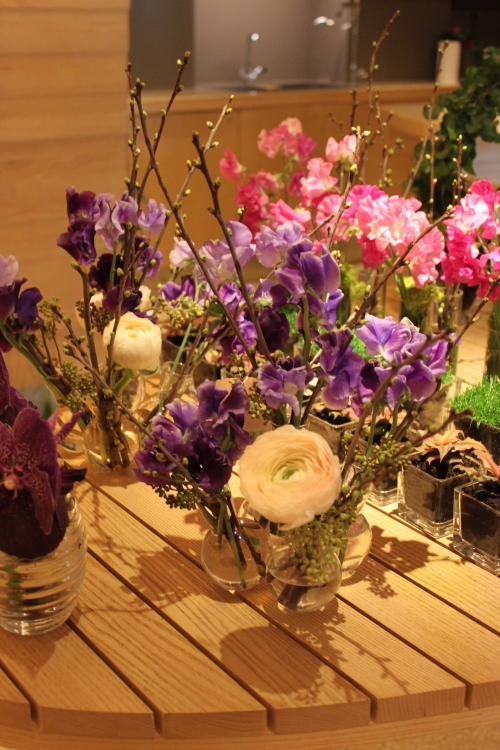 Back to the coffee. I baulked at paying nine euro for a cappuccino, even if it was ‘Hermès’ and ordered  a five euro espresso.  It was smooth, velvety and came with a delicious petit four. The service was unobtrusive, friendly and professional (to put the price in context, fairly ordinary cafés in parts of central Paris charge four or five euro for a café crème).  The Hermès café also has a small lunch menu (no wine).

Hermès has recently been involved in a handbags before dawn bun-fight with Bernard Arnault CEO of the LVMH conglomerate (LVMH controls so many brands including; Dior, Mark Jacob, Celine, Louis Vuitton and as of last week Bulgari).  Hermès are not pleased that LVMH have built up an approx 20 per cent stake in their business.  Know in some circles in France as the ‘wolf in cashmere’  Monsieur Arnault is now listed by Forbes as the fourth richest man in the world (up from seventh place in 2010).  The smart money says he will eventually gain control of Hermès.  Is it a good thing that a LVMH  hoovers up so many brand?  Would LVMH sacrifice Hermès’s commitment to quality and craftmanship on the altar of profit?

The Rue de Sèvres store was full of beautifully made items; furniture, rugs, clothes, wallpaper, glass, and of course leather goods. Sadly the only thing I could afford was the coffee.