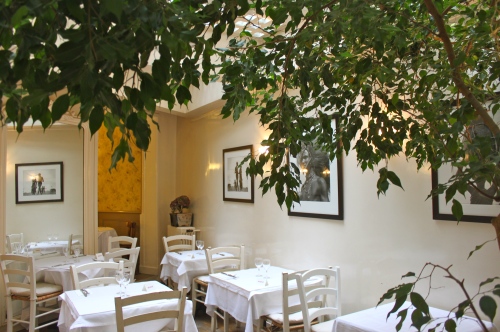 I have enrolled in a digital photography evening class which starts this coming Tuesday. Now what you may well ask has that to do with Les Deux Abeilles a rather charming café in Paris’s seventh arrrondisment. Well here’s the rather tenuous connection; this weekend in advance of my first photography class I was scrolling through the thousands of images I have taken since I started blogging last year. Among the images were some photos of Les Deux Abeilles, which I took when I was in Paris last November. I had planned to write a post on the café when I returned home but it somehow slipped my mind. Still it’s often better late than never so here we go. 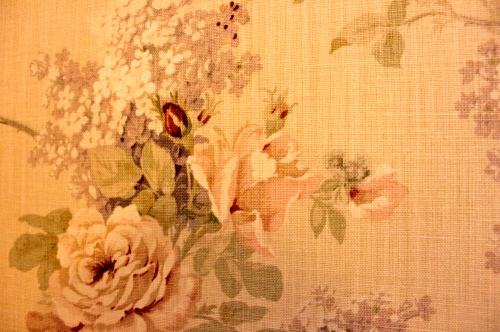 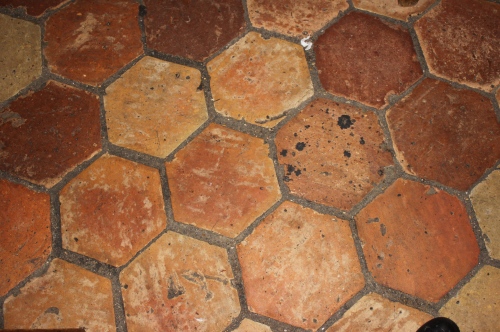 Les Deux Abeilles is at 189 Rue de la Université and is run by Anne and Valeria Arella, a mother and daughter team. The café is open daytime only from Monday to Saturday. The stretch of the Rue de la Univesité it’s on is very quite but is not far from the Eiffel Tower and it’s just a stone throw from the entrance to the Musée de Quai Branly. It’s also in walking distance of the Musée d’Orsay and the Musée Rodin. So it is a good spot for lunch after some museum-visiting/sightseeing.

The interior of the café is so very pretty. Some of the walls are painted white and others are clad in a beautiful flower print linen in muted tones. The floor is in some parts wooden and in others covered with honeycomb-like terracotta tiles. And there are simple chairs around tables covered with pristine white cloths. A large ornate carved dark wooden dresser with a slightly gothic feel acts as a counterpoint to all this daintiness but even it is prettified with flowers, china and a display of tempting edible treats.

Les Deux Abeillles serves a good value lunch for €22 – for this you get a main course, a dessert and a glass of wine. Typical main course choices are salads, quiches and gratins; desserts include Berthillon ice- creams, chocolate cake, crumbles and clafoutis. It’s a busy spot so it’s a good idea to book a table. The clientele is predominantly (though not exclusively) female; Les Deux Abeilles could be described as the café equivalent of chick lit. The café is a restful oasis serving good home cooked food and is well worth having on a list of places to lunch in Paris – a city where a random stop can be very hit and miss. It’s also open for breakfast, morning coffees and afternoon teas but be warned it’s not such good value at these times as a coffee and a slice of something sweet can set you back around eleven or twelve euro.