My favourite days of the year are the ones that immediately follow Christmas. There is no contest, no other day or days (for me) in the annual calendar holds or hold the same allure as the 26th and the 27th December. They are days for rest and relaxation. They are days when behaviour, that at other times of the year might appear lazy, such as taking cups of coffee or tea back to bed and spending an hour or so there poring over a magazine seems almost de rigueur. They are days when culinary treats, such as a large slice of Christmas cake heated in the oven and served with a giant dollop of cream, which might mark one as an eccentric eater outside the festive season seem perfectly normal edible fare. In short they are blissful, restful, and battery-recharging type days.

Every year I buy myself some Christmas presents which I wrap up and leave aside for opening during the post yuletide days. Naturally I cannot pretend to be astonished to discover what they are when I unwrap them. However as they are often the same shape and size (magazines and books) the exact one that I open on a given day is a surprise and occasionally I have been so frazzled in the run up to Christmas that I have genuinely forgotten exactly what books and magazines I bought in mad pre-Christmas retail forays. 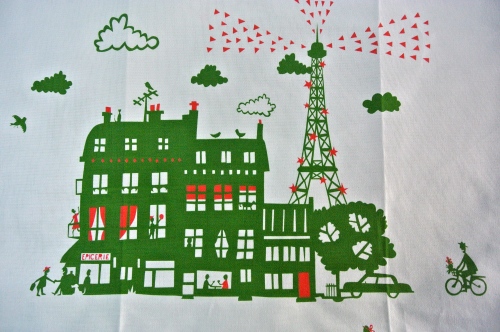 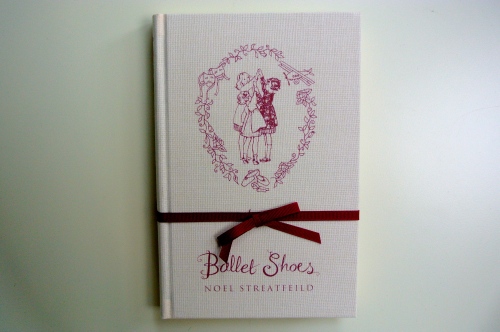 This year’s Christmas presents to myself include: a stack of magazines which if I had tried to read them earlier in the month I would just have had time to skim the surface of all that was in them; three tea towels from the Famille Summerbelle (I am a fan of their colourful and cheerful tea towels and I especially like the pretty Parisian one you see in the image above); a copy of Ballet Shoes by Noel Streatfield, it’s a book I adored as a child so I am curious to find out what my older self makes of it; and lastly a boxed set of the DVD’s of series one and two of Downton Abbey (I may be the only person in these isles not to have watched the regular television series), I haven’t viewed the DVD’s yet and I hope I haven’t spoiled my future viewing by watching the Downton Abbey Christmas special last night.

I am not a greater watcher of television but I am going to watch the BBC’s three-part (over three nights) dramatisation of Charles Dickens’s Great Expectations which starts in a few minutes so I will sign off for now.