Early last week I was in Paris. Briefly. Very briefly as I was there just for a day.

I took one of Les Cars de Air France (an air coach for everyone, not just Air France passengers) from the airport to the city centre. The ride in is more relaxing than taking the train but distinctly non scenic although at certain points along the route Sacré-Coeur is visible as it plays hide and seek with the surrounding high rises. And as central Paris draws closer the Eiffel Tower glides into view.

The terminus of the CDG Les Cars’ route is at Étoile so I headed for a late breakfast at a nearby branch of Laduree on the Champs-Élysées. Laduree, with its famous many hued macaroons, is a French culinary cliché but still and all I like it. On this visit the service was friendly but slow-ish and sadly the coffee was cold-ish however the mini croissant were delicious.

It’s been almost a year since I was last in Paris but even when the gap between visits is shorter I tend to forget how stupendously different Paris is from my native Dublin. However, this trip, it wasn’t the world-class museums, the super-chic shops, nor the monumental amount of beautiful buildings that made me reflect on the difference but rather smaller things such as:

How artistic the pavement fruit and vegetable displays outside greengrocers are, I wonder can they move them indoors in the evening or are they redone afresh each day.

How you need to have your bonjouring hat on if you go shopping. On entering a small to medium-sized shop you will be greeted with either Bonjour Madam or Bonjour Monsieur depending on your sex: it is considered rude not to echo that greeting. 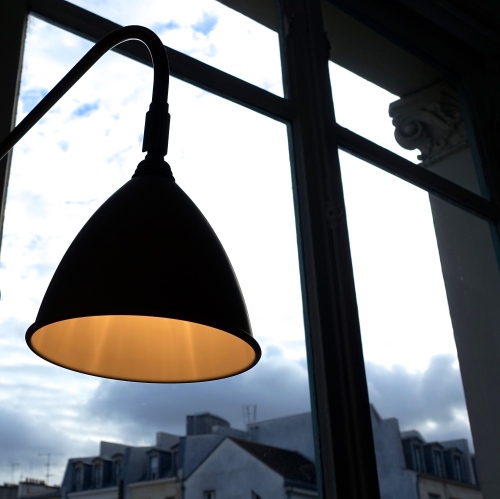 How even the an ordinary stretch of skyline looks good, it’s as if the city planners across the centuries had a divine plan for the Parisian rooftop jigsaw. 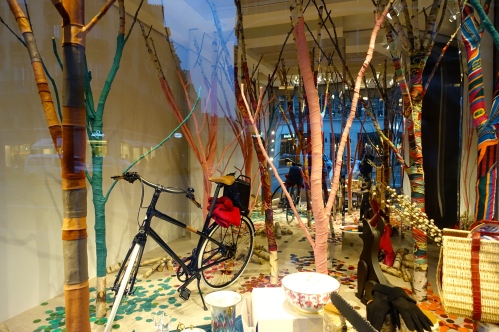 How the window displays are in a league of their own.

I might have noticed more differences if I hadn’t spend an inordinate amount of the day eating: the aforementioned breakfast, lunch (more of that anon) and mid afternoon cake temptation at the Rose Bakery outpost in Le Bon Marché.