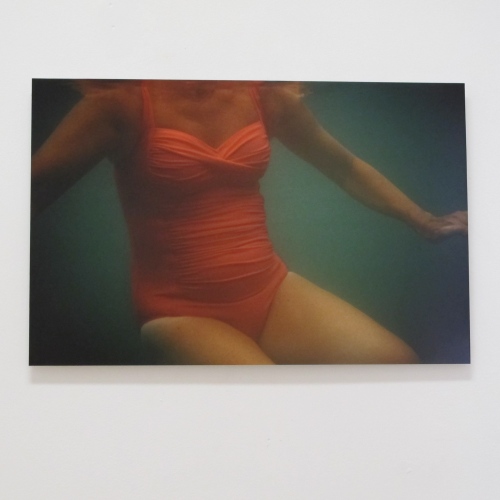 Apologies for the quality of some of the images in this post. I wish I could blame my ‘second-best camera’ but the faults are all mine!

Last week, a couple of months into my photography course, I had a week off college. It’s such an aeon, almost the first ice age, since my school and student days that truly I cannot remember if half-term featured back in the day when I was last glued (not) to text books.

The photography course wasn’t forgotten as on two of the days I did work experience (ten days work experience is a mandatory part of the course) at Sea Change, an exhibition held at a pop-up gallery beside Dun Laoghaire’s People’s Park. The two exhibitors were photographer Christine Redmond and artist Ann-Marie Garvey. I was much taken by Christine’s strikingly beautiful photograph of a woman in a red swimming costume which she took with an underwater camera at Dublin’s Forty Foot bathing place. Sadly my pic doesn’t do her’s full justice. 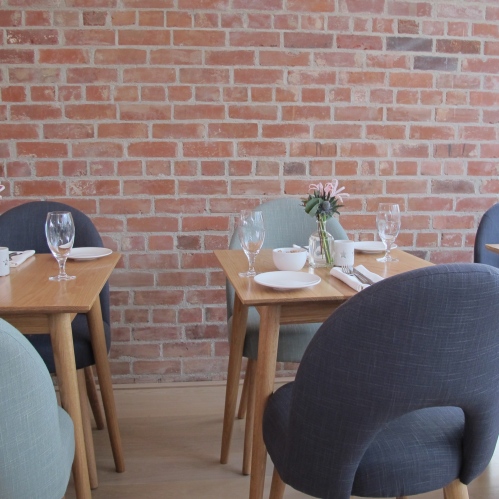 Fortuitously, at least for me, a new café/restaurant opened in the recently renovated Victorian pavilion in the People’s Park. So, I was able to breakfast there on my way to work experience. I’ve been eagerly anticipating this opening as the café/restaurant is run by Fallon & Byrne and I am a fan of their city centre operation. The stylish new place has only been open seven days and already I’ve been there more times than is decent in such a short time span: twice for breakfast and once for an over dinner catch-up with my sis-in-law. 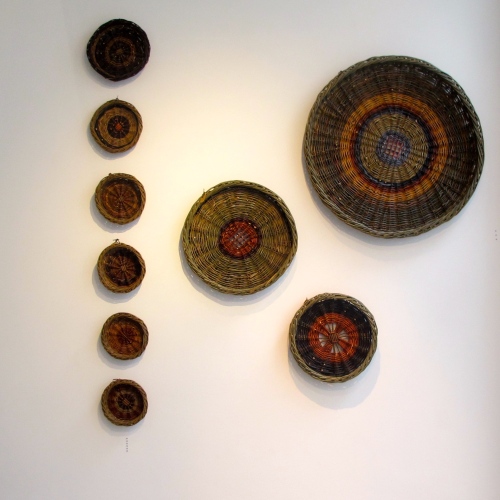 On one of the days that I was off I headed into the city centre to get my hair cut and when I had parked up I popped into the RHA (Royal Hibernian Academy) gallery to have a look at a set of moody, misty photographs by Gary Coyle which are currently hanging in the foyer.

While I was in the gallery I also had a look at this year’s Portfolio exhibition. The Craft Council of Ireland organize Portfolio. They say: ‘Portfolio actively works to grow the potential of craft makers across all major disciplines of contemporary craft.’ Getting into the Portfolio Collection is a big deal, there are currently around a hundred makers in it and thirty-one of them were exhibiting new work at the RHA.

I am back at ‘school’ this week. Having handed in a couple of projects before the break I now have some new ones to tackle. Nothing too onerous but still and all I am wondering if continious assessment rocks as much as I thought it did when I first heard there were no year-end exams.

Note: Gary Coyle’s photographs will hang in the RHA foyer until the 19th December but the other exhibitions I mention in this post are over.