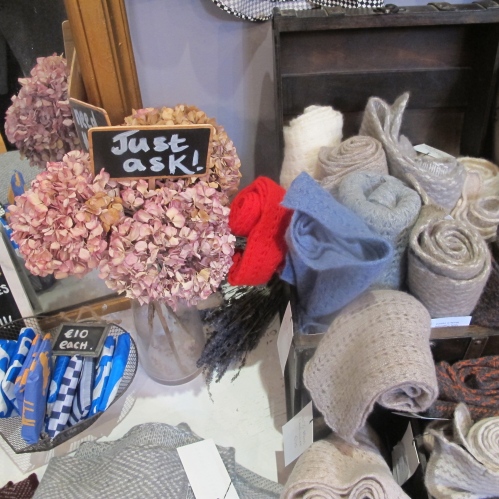 Last Sunday I ventured into the centre of Dublin, filled with a certain amount of trepidation, because that winter festival is approaching faster than a runaway train, and I was afeared I would meet a total cacophonous crush. But thankfully no: the city was gently awash with people, traffic whistled by, and Christmas lights twinkled but all in a pleasantly busy and festive-y way. 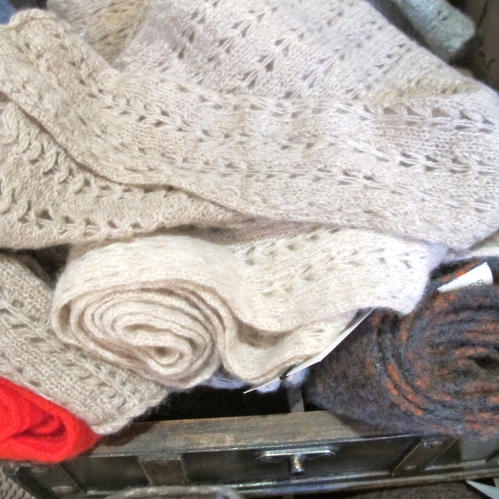 My main reason for going into the city centre was to get some Christmas shopping done and that shopping included buying a Christmas present for me. Self gifting is the best as you always receive exactly what you want: my wish in this instance was for a navy cashmere scarf from Eilis Boyle’s Moss collection. 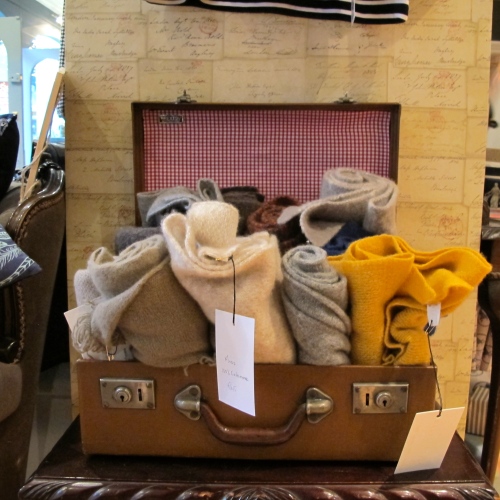 Eilis Boyle is a talented designer who worked in the fashion industry for many years before deciding on a career change and moving into the world of digital communications. Sadly her clothes are no longer available but she does produce a collection of cashmere scarves. These are cloud-soft concoctions which are as snugly as a goose down duvet and are made mainly in muted Farrow and Ball-esque colours. A team of knitters based in Dublin makes the scarves from cashmere that Eilis sources in Scotland and Italy and they are sold in the treasure trove of a shop that is Bow in the Powerscourt Townhouse Shopping Centre. 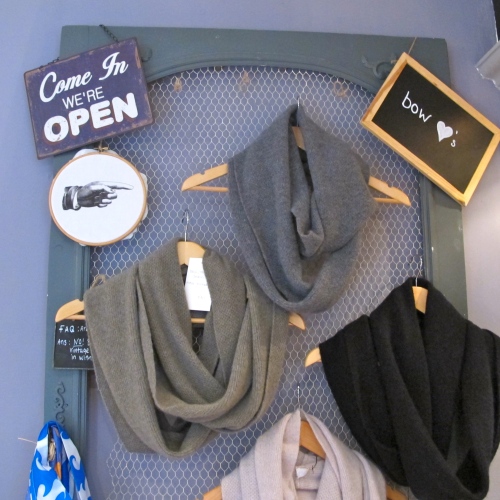 I don’t have the remotest need for yet another scarf because I own a senseless number of them already. I daren’t count my scarves because I know that before I was even halfway through the count buyer’s remorse and guilt would have entered my consciousness stage right. But want, in this case, trumped need and as I don’t actually have a navy scarf I decided to plug the gap. And then for ever after swear off buying scarves. Well, maybe! 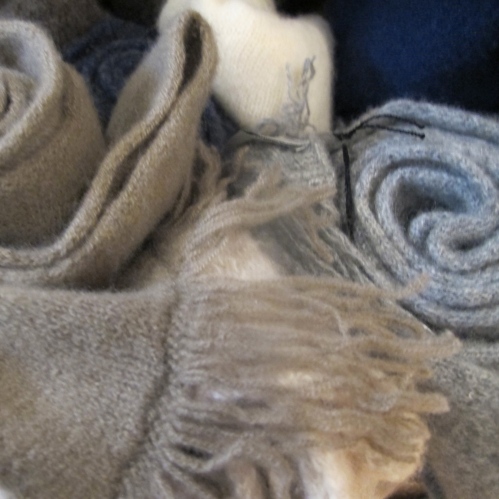 I had a choice of three different types of navy scarves, in terms of stitchery, exact shade of navy, and size: in the end I decided to buy a two toned one but not before I hummed and hawed, in an indecisive way,for an age. 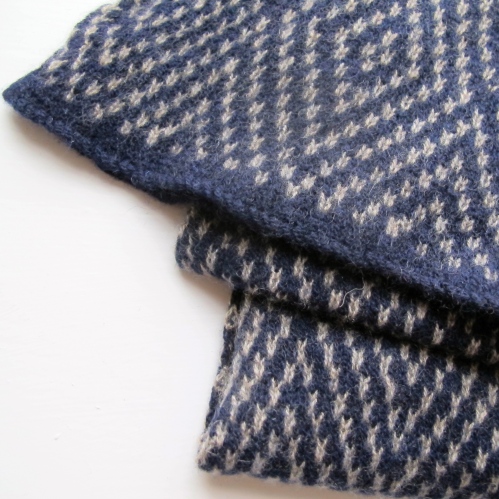 So, the self gifting is sorted and now I had better crack on with the remains of my Christmas shopping or otherwise it’s hello to that dark vortex that’s last-minute panic buying.