Cronuts at The Marker Hotel 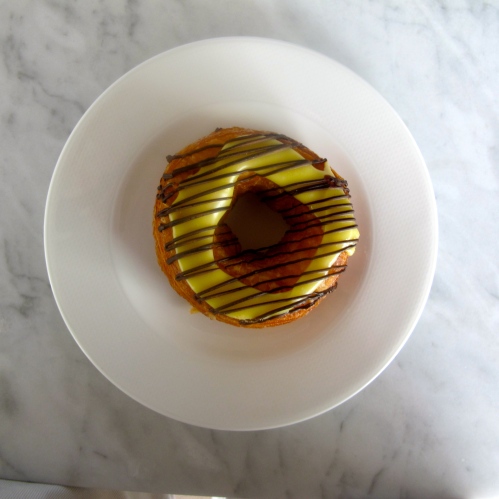 Just in case you have been on planet Zog for the last little while and haven’t heard of the cronut furore, I will tell you that a cronut is a croissant-doughnut fusion. French pastry chef Dominique Ansel invented and perfected the hybrid breakfast pastry at his eponymous New York bakery.The cronut is also the latest food craze and that craze is spreading around the globe faster than the Starship Enterprise gobbles up light years. 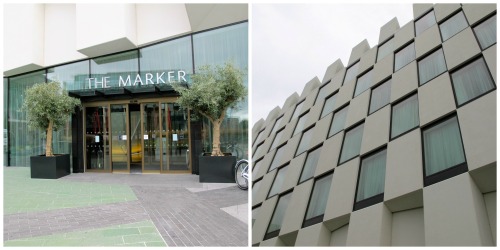 Now, when I first heard tell of cronuts I thought yeah, yeah, yeah – yet another food fad and when I heard that they had arrived in Ireland and were (are) available at Dublin’s The Marker hotel I shrugged my shoulders and thought I could live happily for evermore without tasting a cronut. However this article by Vanessa Friedman (fashion editor of the Financial Times) intrigued me and so began my intrepid quest to sample a cronut so I could see for myself what all the fuss is about. 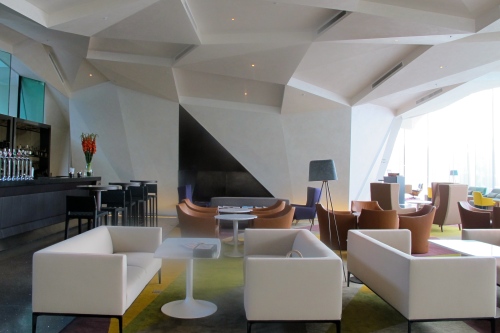 It would be an exaggeration to say my cronut hunt was akin to trying to track down a pair of golden unicorns but it wasn’t straightforward either. The first time I pitched up at The Marker there wasn’t a single cronut left. Sold out – it wasn’t even 10am! If I had read this article in the Huffington Post before I set off I wouldn’t have been so surprised. Yes, in New York cronut-seeking punters actually start queueing before six am and there is a secondary market with some enterprising folk arriving early and buying cronuts from the bakery just so they can resell them at a fabled mark-up within the hour to disappointed people in the queue who don’t reach the top of the line before that day’s stock of cronuts sells out.Thankfully things are not so dramatic in Dublin and at nine o’clock last Sunday there were plenty of cronuts available at The Marker. 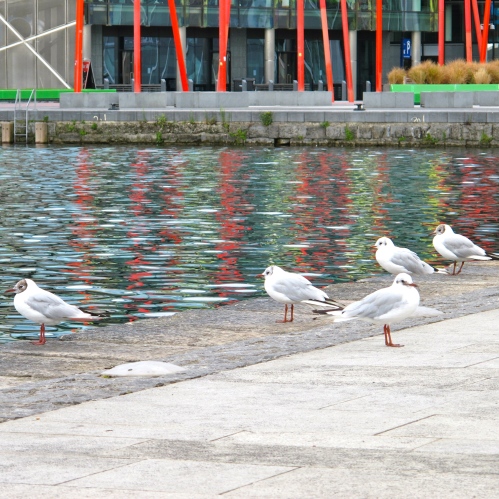 The Marker hotel is in Dublin’s Grand Canal Square next to the dynamic architectural set-piece that is the Daniel Liebskind designed theatre. The hotel has a chequerboard-like exterior and the interior is urban-cool, a particularly nice touch is the geometric ceiling which echos the shape of the next door theatre. And the cronuts. Well they were delicious. Every week Gareth Mullins the hotel’s executive chef tweets about the flavours that are on offer (they change from week to week). On offer last Sunday were classic (cinnamon sugar and raspberry jam) and lemon curd. 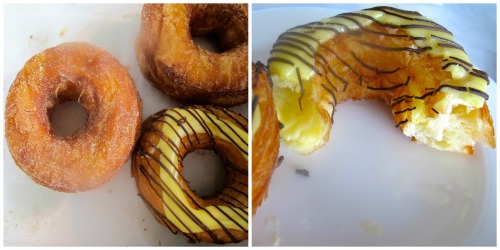 The cronuts are sold in boxes of four for €10 and you can take them away or opt to eat them on the premises, which is what I did. No not all four, but I confess I managed to scoff two in a fit of utter pigginess. Sadly the accompanying coffee didn’t match the cronuts’ deliciousness, it was just so-so.

If you are going on the cronut trail in Dublin it’s best to start early to guarantee sampling one, according to The Marker hotel’s website they are on sale from 8am.

29 responses to “Cronuts at The Marker Hotel”