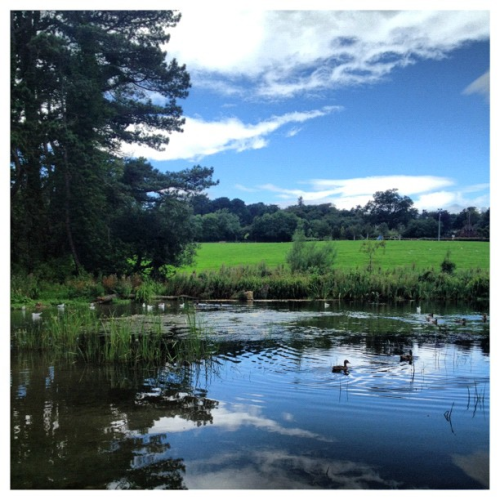 That preternaturally erudite philosopher, Winne the Pooh, who had such a sound understating of which exactly are the truly important decisions one has to make in life (example ‘What’s for breakfast?’) once said ‘Sometimes I sits and thinks and sometimes I just sits’. So he may also have had a solid grasp of the different mental states at play between totally serenity i.e ‘just sitting’ and sitting and thinking where the brain can become so overloaded that it seems like a bonkers pinball machine as each new thought ratchets around tearing the mind in yet another and often diametrically opposed direction.

I was thinking about the land of serenity recently; a land it seems so few of us are visa-stamped to enter. Apparently meditation and mindfulness can act as a bridge to this foreign nivarna-like place. Unfortunately, I have never been much good at either. In fairness my experience of mediation is limited to those scant few minutes at the end of yoga classes where when encouraged to count my breaths in and out and to try to clear my mind of clutter, I was, as like as not, mentally composing a shopping list.

But, maybe there are different routes to serenity. Occasionally, very occasionally, something stops me in my tracks and I think yes now that’s serene. And that’s exactly what happened when I spied the scene in the image you see at the top of this post ( taken in Dublin’s Cabinteely Park). There was just something about the pond with its reflection of the cloud-puffed sky and the ducks paddling in the glass-still water that seemed intensely serene. And as I gazed on it it was difficult, nay impossible, for extraneous babble to whizz around my mind and I felt serene and peaceful.

When I got home, peace and serenity still very much on my mind, I googled the Serenity Prayer/Poem as I couldn’t remember the words.They are:

Sound advise methinks even if it didn’t come from Pooh the philospher bear.

Some of you may just prefer an alternative version that I found on my internet trawl attributed to one Sarah Ferguson.

‘Lord, grant me the serenity
to accept the things I cannot change,
the courage to change the things I can,
and the wisdom to hide the bodies of those people
I had to kill because they pissed me off!’